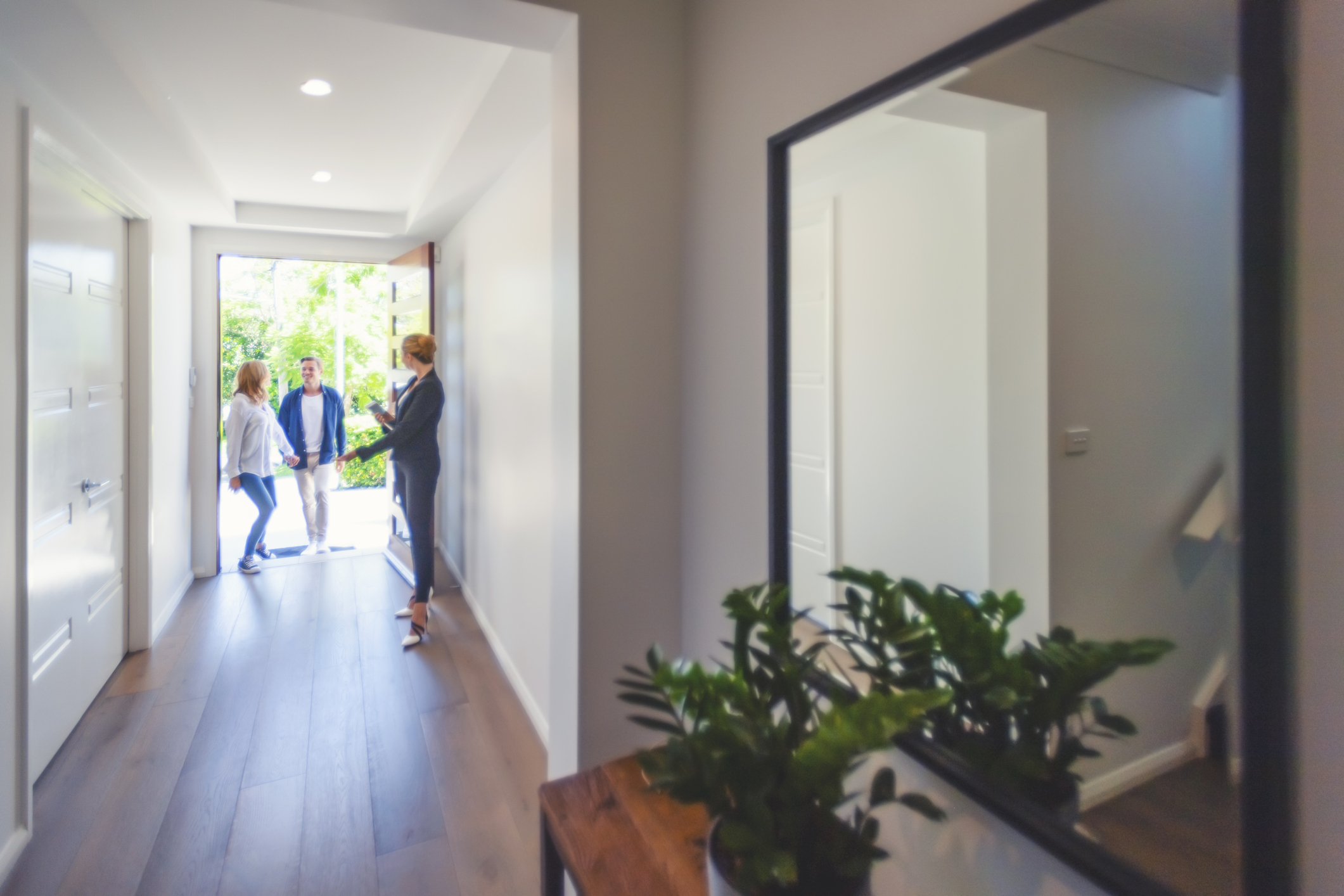 That’s the highest percent of price drops countywide since at least 2013 when the national brokerage firm Redfin began tracking the measure of market health. It’s also up from a low of 10% of homes that cut their rates in February of this year.

Realtors confirmed the breakneck days of 40-plus attendees jostling into open houses and multiple blind offers waned in the face of higher mortgage interest rates, record-high inflation, an ailing stock market, a potential recession and a summer travel season free of pandemic restrictions.

“It’s our first time to exhale in two years,” said Lisa Wilkinson, a senior director of luxury sales for Douglas Elliman. “We may not have 30 showings the first day, but we will still achieve a seller’s goal. It will just be in a more controlled manner.”

And it may be a difficult conversation to have with sellers who watched neighbors during the pandemic spending spree get gluttonous prices for their homes.

Keyes Company Realtor John Sholar is representing a seller in the popular Flamingo Park historic district in West Palm Beach who listed his home at $1.55 million. The owner was hoping to get close to the $1.9 million listing price that was on the house next door. After a few weeks with no offers, Sholar texted his client to explain that the market was changing and that it may be time to lower the price. The seller was hesitant to agree.

The dearth of homes for sale in Palm Beach County also led to increased prices, but supply began to creep up in June with a 77% hike over the previous year. Still, there were just 2.3 months’ worth of homes for sale. A balanced market is considered 5.5 months, according to the Broward, Palm Beaches and St. Lucie Realtors Group.

“Right now, there are more must-sellers than there are must-buyers but we’re not in a buyers’ market yet,” said Jeff Lichtenstein, president of Echo Fine Properties.

Echo’s agents are going through their listings now to make sure they are priced for the current environment. That includes knowing what people are searching for online. For example, it’s more likely someone would look for a home in the $250,000 price range than something priced precisely at $268,000.

Lichtenstein said he goes through a checklist of questions before lowering the price on a house. Those include how long has it been on the market, are the furnishings and décor attractive, how accessible were the showings, and what do the closets look like?

“You can’t have a peach hanger and a green hanger and a wire hanger. You need to coordinate, and you probably need to get rid of half of the stuff,” he said about making a closet more appealing.

In Palm Beach County, Jupiter had the highest percent of homes for sale that dropped their prices in June at about 44%. That’s up from a pandemic-era low of 10.7% in June 2021.

Statewide, 34.5% of active listings in June had price drops.

Realtor Cibie Cahur said the housing frenzy of the past year meant managing open houses like a bouncer manning the red velvet rope at a bar. At an open house in Abacoa, the seller required buyers to take their shoes off. The pile of shoes was so large that two people left wearing the wrong shoes. They were the same style, but different sizes. At another open house in Lake Worth, where the home was listed for $225,000 and needed a complete renovation, she got 21 offers including 11 cash buyers.

“It was incredible,” said Cahur, who is with the Cahur Group at Keller Williams Realty. “But I’m not seeing that kind of activity right now.”

A recent report from Redfin found the percent of homes for sale in June that saw multiple bids dipped below 50% for the first time since May 2020. The height of the bidding wars nationally was in January of this year when nearly 70% of homes nationwide were selling amid multiple offers.

Tampa had the lowest bidding-war rate nationwide in June at 28.9%. The Miami market, which includes Palm Beach, Broward and Miami-Dade counties was the only other Florida area in the top 10 for the lowest percentage of bidding wars in June at 45.9%.

Providence, Rhode Island, had the highest percentage of sales that faced competition at 77.6%.

“Florida has always had a more volatile housing market,” said Redfin Chief Economist Daryl Fairweather. “The fall is a bit dramatic because you are coming from such high heights.”

But there are still hot spots in Florida, including the luxury market.

In the Town of Palm Beach, just 11% of homes for sale had price drops in June. That’s up from a pandemic low of 3.6% in August 2021. Because high-end sales are often cash deals, they have been less likely to succumb to interest rate increases.

“I’ve seen it steady through the summer,” said Margit Brandt, senior real estate advisory at Premier Estate Properties, who specializes in multi-million-dollar homes. “Buyers are still coming to Florida. They are moving their businesses here, their families here, and they are moving here full time.”

Brandt acknowledged full time for her high-end clients may mean 10 months in Florida with summers in cooler climes.